ERP Replacements on the Rise: A Blip or Sign of a Larger Trend? 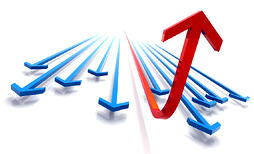 A friend of mine, Rob, has been complaining for years that corporations have not been making capital expenditures. Rob has a forklift resale business, and by his measure, this has been the slowest economic recovery ever from a recession. Rob’s not alone, either. Many would agree that the past few years have marked a definite collapse in long-term business investments.

However, in recent months, both Rob and I have noticed an uptick in capital expenditures. At first, we figured it may be a momentary blip. But we’ve found more and more signs that this may truly part of a larger trend. Only time will tell to be sure — but in the meantime, here’s a look at some of the evidence to suggest that the tides are turning on capital spending.

While there appears to be no single prevailing reason for it, the surge in interest among manufacturing and distributing companies looking to replace their ERP platforms is unmistakable. Here are just a few recent examples we’ve seen at PSGi:

Now, normally these cases might sound troubling for a provider of legacy software support and services like PSGi, but each of these companies lacked the technical resources to support their existing legacy ERP while implementing a new ERP (and that’s where PSGi came in). But the larger takeaway is this: all three companies had in common the willingness to make a large capital expenditure to support future growth.

Zooming Out: What’s the Big Picture?

So are these examples in the ERP world indicative of a larger trend?  Beyond what we’ve seen at PSGi, are capital expenditures truly on the rise?

Based on research reported on by international accounting and consultancy network UHY, the answer is yes. According to UHY, the US has raised capital investments, on average, by 33% in five years. China is leading the trend with an explosive capex increase of 73% in that same time period. Additionally, while European economies lag in capital investment, UHY reports an increase in the world average by 21.1% in five years.

Investing in the Future

To explain these facts and figures, UHY cites, “higher capital investment levels are an indicator that businesses are positioning themselves to expand capacity, to improve productivity, or to move into new markets by opening new sites.” For manufacturing and distributing companies operating in an increasingly competitive and global marketplace, investing in a new ERP system can help do just that.

It’s important to note here, too, that many manufacturing and distributing companies are positioning themselves for growth in other ways, too — such as a hybrid ERP approach, which hedges the risk of a large capital expenditure or infrastructure upgrade by utilizing best-of-breed cloud-based software to augment their on-premises system. (Read more on Hybrid ERP: Best of Both Worlds.)

But all in all, the idea comes back to what started as personal observation and now promises to be something larger. Whether we’re talking about forklifts or ERP replacements, it appears that capital spending is indeed more than just a blip. And the fact that more businesses are taking noticeable measures to invest in the future is good news for everyone. 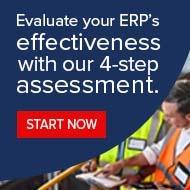